On behalf of the Iaidobu and Jodobu we would like to express our enormous sadness at the passing of Greg Drewe Sensei. Greg began training in the 1970s and was well known to many in the BKA as tireless in his own study, tireless in his commitment to teaching and tireless in his friendship and joviality. To quote Andy Sensei he was “a driven martial artist who never claimed to understand what budo spirit was but consistently showed it” – that’s something I think we can all meditate on.

He worked very hard as Iaido squad coach and was a familiar face at EICs. He was a great combination of motivator, confidante and friend to everyone who was on the squad with him.

He was unassuming, but was a man of great depth, as anyone who was close to him would learn. A classically trained haute cuisine chef, Greg had been poissonier to the Queen Mother amongst other things! He also spoke Norwegian and studied ancient languages in his spare time.

We offer our sincere condolences to his family, friends, students and teachers. 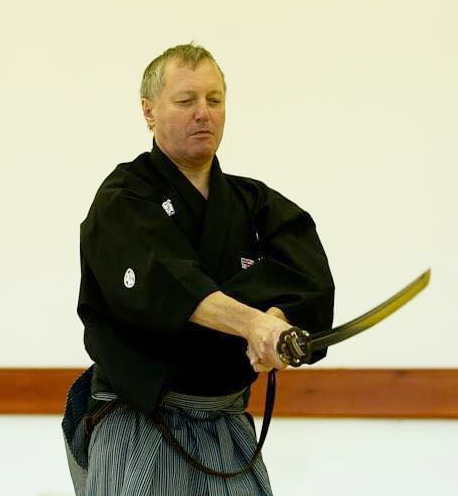